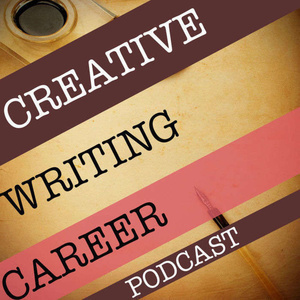 J.A. Cipriano is the author of such series as Kill it with Magic (Lillim Callina books) and Cursed (Thrice Cursed Mage). You may have heard him mentioned in our episdoe with Jasmine Walt - where we discussed tough guy urban fantasy. On this episode, Cipriano breaks down what that is, what seems to sell in urban fantasy, and discusses such topics as book editing and audiobooks.

New York Times Bestselling Author, J.A. Cipriano started writing in second grade when his teacher gave everyone in class a journal to write down whatever they wanted. Their first subject was to write about something they didn’t like. J. A. chose to write about why he didn’t like writing. His reasoning was simple. He had bad handwriting. Even then, he was destined to be an engineer due to his messy scrawl.

Unfortunately, he found through the course of this little adventure that he actually liked writing. That year was sort of the high point for his writing career because he won a writing contest for the state. He got to go to a big dinner and his teacher was all dressed up.

He kept writing little stories, year after year, and in sixth grade, won another contest. In seventh grade, he broke his arm and got the cast signed by both Dean Koontz and Stan Lee. It is, by far, the coolest cast he’s owned. That was about the time he found video games and anime. His writing turned mostly toward fanfiction until about ninth grade when he wrote his first novel, a small book about twenty thousand words called Revelations. In sophomore year, he wrote two more books to complete the trilogy because he saw Star Wars that year and learned trilogies were the cool thing to do.

He rewrote Revelations during his senior year, and his wife swears it is the best thing he’s written. J.A. is not so sure. Every time he reads it, he cringes, but then again, he hates everything he writes, so there is that.

It was about that time, he got heavily involved in a fanfiction writing group, but that isn’t one hundred percent accurate. It was a world based on a popular anime but everything was created especially for this world. It made it so that every story someone wrote was unique. Imagine writing a Star Wars novel set 1,000 years after A New Hope, where everything that happened was a distant memory and you get the idea. You have the force, some distant memories of the past, and that’s pretty much it.

He wrote about a million words (863K to be exact) for them before he decided to do his own thing. He wrote another novel. He put it in a drawer. He wrote another one that eventually became the basis for The Hatter is Mad. His next novel was Kill It With Magic, his first real novel.

Since then, he's written a boatload of novels and also managed to hit the New York Times and USA Today Bestseller's list!

J.A. also has three chinchillas. Two of them are gray, and because of this, they are named Slate and Cadmium. The third is named Jet because he’s black, and Jet is old English for black. See, creative. He also has a cat named Turtle. This does pose problems for his two-year-old from time to time.

Go read his new Werewolf book - Throne to the Wolves.